What is the aim of the American President ?


They could be wrong.


The problem is in the general ideas of what to do and where to go for the average American people.


When you are rich, you want to be richer, that is normal thought. But the really wise would think of an ultimate goal for the country.


Will there be someone to ring the bell and beat the drums for them?


There are and there were. Numerous songs and writings and books had hinted about all that. It needs a big event to alarm the people. The Vietnam War had been one. By the time of the Vietnam War, The American people had a wonderful time of reflection and deep thoughts.


Now it is all over.


What is the aim of the American president now?


If he can find out the real aim of the American people in the past and the future, he could get over the nightmare of being kick off by politicians.


That means he had to win the inner approval of the American people, but not the recent want of the needy and greedy.


The real power lies in the inside sphere of the people. No other politicians can deny the real wish of the people, if someone could bring it to the sunshine.


The media and even the democrats have to follow and he could easily change the whole scene of the ugly play on air now.

A note from the writer:

A heavy metal rod had fallen 2 feet away from my head in the Main street of Ap Lei Chau in Hong Kong two days ago.

What does it mean?

It meant the secret underground party had not stopped. And they are trying to kill me secretly.

Not long ago Beijing had an idea of "Deep rooted contradictions in Hong Kong" (深層次矛盾)
I think events like this is one of it.

Secret power in Hong Kong is just too strong.

I cannot publish my books and songs. And I cannot say anything in the media. No one will notice things like this. People are neglecting it willfully.

What is the major task of the American people?


It was said that they had changed the aim of fighting terrorists to fighting China and Russia.


Thinkers and intellectuals may not agree on the subject. The major aim of a country is not necessary to create an enemy and start fighting them. There are more important things to do. However, the new policy had been declared and we would like to see what will happen in the coming future.


Will there be a new cold war, or even a hot war?


It is very likely. But the point is not here.


The point is: Will the Chinese be stimulated and grow stronger in the war shadow?


Stimulation is a very important factor for growth.


If you erect a long post near a tree, the tree will grow automatically higher. The post is a good stimulation. If the Americans post a threat towards the Chinese and Russian, certainly they will have a stronger spirit to fight back for a living. Now the American is pushing the Chinese and Russia to get together. There will be two camps in the world, like the old days.


Who will be the final winner? Or loser?


Unless the Americans have such a gut to beat China and Russia hard and make them lie down and lose power to fight back and even ruined, otherwise the loser will be the American people.


That means, if you are to fight, you will have to fight it for real, if you are just take fighting as a gesture, it is completely meaningless.


That is why we cannot believe Mr. Trump is for real.

How can the Chinese get rich so quickly?


Many are looking at China with their widely opened eyes feeling perplexed:  How come they can be rich so quickly? When their counterparts in the world were still struggling to learn more Western science, the Chinese had, it seemed, reached destination.


There are inner reasons for it. People who kept themselves in the outside can never discover the inner face. Some of the Hong Kong students and  political activities are more than willing to lie comfortable in the outside sphere and curse everything happened in China.


They refused to read and are reluctant to see. The hypnotizing media and all sorts of secret political groups have been thinking for them. They were well pampered in prejudices. They were too busy eating and enjoying the electronically transmitted entertainment.


Foreign observers were different. They would try desperately to see into the inner core of the reasons why.


To reach the inner core is no easy thing. The Chinese Culture are just like a big sea. You cannot swim across it without thirty forty years hard reading. And by the end of the years, one would become more perplexed than ever.


As the ancient Chinese minds were covered, disguised and manipulated for thousands of years, literature novels were altered willfully by secret political powers. At least two out of the four greatest Chinese novels were rewritten and altered secretly. All the main stream philosophy works like Zhuang Zi were totally rewritten by Confucian scholars. All ancient myths and stories were willfully neglected.  Faked novels and faked philosophies were everywhere since ancient China.


Where is the original Chinese spirit?


What is the real essence of China and how can they get rich so quickly?


There are several factors:


Chinese culture is right-brain-approaching, Chinese words are symbols in the right brain and can help them avoid linear thinking.


Chinese has a heritage telling them the inner facts of the human body as well as the universe.


They are better able to understand the problems of in and out, total and specific. They are more easily to have the inner and total approaches to different aspects of life. And now they have the external and specific approaches provided by the Western culture, too. They are armed.


When they are liberated from the paradigm of moral dictating past by Tang and Xi, they are freed. they can have a healthy growth.


Its difficult for some to accept the fact that the Chinese are freed and armed. And they have become rich. 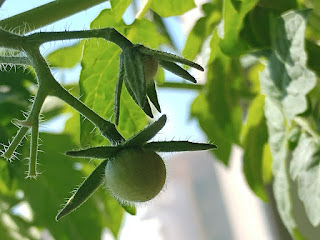 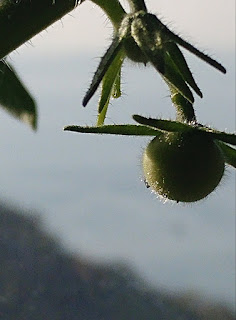 How come I am so so happy?
Why?
I had been dreaming in my dream.
I thought in my dream.
What is time?
Will there be an end of time?
And of course,  there will be no end of time.  If there were destruction,  then,  there will be something going on after that.  Things will be stiill there.  I meant,  everything will be there,  black or white,  life or dead.......
There will be life........
But the point is not here.
The point is:  Why am I happy?????
I  can tell you,  I am happy.  But why?
It is because,  I am here with the Universe,  and we are together,  and you too.
It is the theory of Zhuang Zi,  or any one sensiable ro feel it.
Time has no end,  and it must be the same with the Space.
Will there be some spirit in it?  There  must be.  Or else,  I will not have the feeling.
It is only a tomato baby,  how can it made me so happy?
Yes ,  we are together.  We are one.
If we are one,  then, we are tomorrow.
I will show you my song here.  Dont you want desperately to hear it.
Posted by Leechard 李察 at 1/16/2018 沒有留言: